Of Heroes, Uncles, and Grandmothers... 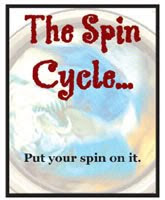 I worked teaching in a high risk youth program for a few years. During that time, I attended several conferences /classes /seminars on working with high risk youth. Something that always stuck out was the resiliency factor. What makes one youth resilient and another not so much? Could be a lot of different things, some internal, some external. A factor that came up repeatedly was the mentor factor.

All it takes is one person who cares, who gets in, who gets it, who makes a connection. Of course, at the time, the point was being made to those of us attending the classes that we (the students’ teachers) could and might very well be that one person.

With hindsight, it made me think about who those people had been in my own life.
I knew in an instant.

Bahquine was what we called my paternal grandmother. Uncle Kent was her oldest son, my father’s older brother.

My paternal grandfather I know only by reputation. He was a drunk, a womanizer. He was someone who was hit hard by the Depression. He left my grandmother and his four children right in the middle of it all. My Uncle Kent, who was in high school at the time, became the provider of the family. He worked two jobs while he finished school, getting up at 4 AM and working one job for two hours before school started. Then, after school, he worked full shifts in a corner market, sweeping up and stocking.

When the United States entered WWII, my Uncle Kent who was nearly deaf since birth, joined the Merchant Marines and served his country. The house he bought in Los Angeles provided a home for his mother, his two sisters, and their two infants (their husbands were also off to war).

When he returned from the war, my Uncle never married. He continued to provide a home for his mother while his younger siblings all moved out and started their own families.

While I was growing up, staying with Bahquine and Uncle Kent for weekends during the school year, or whole weeks during the summer, was a comforting ritual. A forgiving contrast to the escalating drama of home.

My Uncle had a woodshop under the house and would teach me how to use C-clamps, saws, hammers, levels and screwdrivers. I was allowed to make projects at will.

Upon our arrival, Uncle Kent put up a card table in the living room and afternoons and evenings were spent playing board games and card games.

While my father was coming home later and later and was growing more emotionally absent from the family, my Uncle stepped in and talked to me about school, college, life…

Uncle Kent was my Atticus, never talking down to us and always making time for us.

My Bahquine was a sweeter version of Calpurnia. My own comfort station. She taught me to knit, to crochet, read to me, and most importantly, listened to me.

While my mother became addicted to Valium, drank herself into a fit, and spent more evenings than not detailing out loud to her children the ways she planned to commit suicide; my Bahquine admonished my fears of academic success in college and told me I was smart enough to accomplish anything I set my mind to.

While my parents fought and drank and became entrenched in their battles, Bahquine and Uncle Kent provided shelter and emotional safety.

My Uncle and my Bahquine were my resiliency factors. They are my heroes, my role models, and the people I owe for surviving my childhood.
For more spins on heroes, head on over to Sprite's Keeper.
Posted by Pseudo at 8:04 AM

This is a marvelous Spin, Pseudo. I too, had a Bahquine and an Uncle Kent. We didn't talk about the troubles at home - it simply wasn't done - but they did everything they could to mitigate them.

Wow, your Uncle Kent sounds like an amazing person. Truly remarkable, and one of a kind. I'm inspired by your memories of him and your grandmother. Truly. Thank you for sharing.

Loving Uncle Kent! And not just cause he's deaf ;)

So grateful that you had your Bahquine & uncle Kent. Thank you for sharing. -Diane

Your uncle and grandmother sound like wonderful people. You're lucky to have had people like that in your life. Thank you for sharing them with us. :)

i ahd an uncle lawrence...who had an old shop filled with amazing tools and wonderful smells...i would make him tomato sandwiches and listen to his stories. wonderful spin psuedo...

That's sad about your parents, although it they remind me of my own.

I was also very close with my grandmother and I miss her terribly. Thank you for sharing your stories.

Thank God you had them. What a strong kid your Uncle Kent must have been, sacrificing for his family that way. I got a chill just reading it.
Yeah, we all need a place like that to go if we don't have it at home. Or maybe even if we do. It's the kids that don't find a place like that In Time that are so sad.
Thanks for sharing your heros with us.

So touching, Pseudo. Your uncle is a true hero for stepping up and becoming what he shouldn't have had to. Men like that should always be honored. Women like your grandmother should too. Wonderful Spin! You're linked!

God bless our loving protectors. True heroes in the best and fullest sense.

Mentors. I had one too when I was a misguided teen. So I try my best to use what I learned from my mentor and pay it forward now.

I am so glad you had a great person or person(s) in your life. Have you heard about all of the crazy breast cancer stuff going on. Or I should say the screening to be changed. I hope that does not happen...

And think of their legacy. By helping you go on, you're were helping high risk youth and now teaching teens. And then those kids will go on...and...so on.

I think it's incredible that you had not only 1 but 2 people like that in your life. You are blessed!

Atticus and Calpurnia...Bahquine and Uncle Kent...this is extraordinarily powerful...gripping...you had me from the get-go...and I wanted to cheer for your important "mentors" with your final words!! Simply inspiring! I'm so glad they were there for you...you are a gem! Loved, loved, loved this post! ~Janine XO

Wonderful spin, Pseudo. What a blessing in your life to have these two. My father was one of eight children and our extended family was quite large too. I think I had uncles and aunts on every corner. They all raised me. Very special memories.

Thank God for those two strong and constant role models and sources of love and support. What blessings they've been. Thank you for sharing this with us.

I've been waiting for a spinner to talk about a family member! I knew one of us had to have someone who stepped up to the plate. It's great that your uncle and grandmother were there. Sad that they had to, but amazing that they chose to. Lovely spin.

I've been waiting for a spinner to talk about a family member! I knew one of us had to have someone who stepped up to the plate. It's great that your uncle and grandmother were there. Sad that they had to, but amazing that they chose to. Lovely spin.

Mentors and protectors can be very meaningful in a child's life. I'm glad you had two.
xo

It was great that you had someone to turn to! Sometimes parents are not the idols that we all wish that they could be!

Feeling grateful for those special people who show up, day in and day out, for the young people in their lives.

Thank goodness for mentors, truly. It's amazing what one good person can do in someone's life. Loved this post.

Wonderful post, and the best compliment anyone can give is tell someone they are your Atticus...that made my heart skip as I thought about the Atticus in my life.
Sandi

Isn't it great that you had special people to step in and be there for you? A very heartwarming post!

I am so thankful that you had them in your life. They probally are what made the difference of you going in the other direction. Beautiful post Psuedo. XXOO

i love this post. your uncle sounds so incredible. what a special, special man. though it is sad that there was a reason you needed them in your life so much, it is wonderful that they were there for you.

You are very lucky! I'm glad that you had them!

Wonderful post Pseudo. Too bad everyone doesn't have a Bahquine and an Uncle Kent in their lives; I sure wish I'd had one in mine.

That is awesome you had them in your life to count on and reley on.

Not every kid has people like your Uncle and Bahquine to draw strength and guidance from. What a great blessing. This was a lovely tribute.

Thank God you had Uncle Kent and Bahquine in your life to keep you grounded. They truly were your heroes and you are the woman you are today because of them.

You were very lucky to have these two people in your life. Seems like Someone was making sure you had someone to take care of you. I liked your Uncle and how much he cared for you. It is true. If some of these kids have only one person to care about them, it makes a big difference.