Spin Cycle: Halloween Past and Present 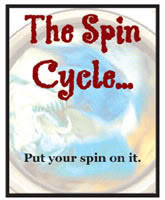 This is a repost, but Jen said "Halloween then and now" and this fits the bill to the tee.


Circa 1960’s
When I was young and growing up in the San Fernando Valley with my two sisters, Halloween was a huge deal. We COULDN’T WAIT for dinner to be over and dark to descend so we could go trick or treating. My dad had this horrid awful mask that he would drag out, not only for Halloween but also for slumber parties. It came from a movie set and beat the shit out of anything they sell today. It was SO REAL. Not at all rubbery. It was the scariest, creepiest, wrinkled, evil face ever. At least that’s the way I remember and I’m sticking to it. He’d wait until our guard was down, which means sitting on the floor, sorting our candies, and with mask, trench coat, and big ol’ boots, he’d slam open the back screen door and come tearing at us. Clenching hands and BRUUUUUHAHAHA. I’m surprised we never pissed our pants. That’s how much we fell for it every year.

Halloween 1991
Daughter was just over two and we had mostly managed to keep her from chocolate and sweets. Instead of taking her trick or treating, we dressed up and took her to a restaurant/club. You see, my husband and I met working at Bobby McGee’s. I was cocktailing to pay my way through college and my husband was a waiter. EVERYONE wore a costume at this crazy place to work. Even though we had both moved on, we still had a lot of friends there and they did a happy hour thingy on Halloween. So we dressed as the Flintstones. Cave clothes- mine and Daughter’s hair twisted around big, fake bones. It’s a great picture of back in the day when my husband and I used to both work out. Daughter was two and was the most precious Pebbles ever. Not that I’m prejudiced or anything. We went at, like 5 PM, and even after a shitload of fun and frivolity, we were back home by 8. Within 5 minutes of sitting down some kids came trick or treating. There was no hiding from the two year old the fact that I was giving stuff away and that was the end of her not getting candy for Halloween.

Halloween 1993
We had just bought our home that summer and it was Son’s first Halloween. He was 16 months old. He had the CUTEST fucking tiger costume. He toddled along and I swear our block looked like that scene in ET, where swarms of kids come out right at dusk. Being a new neighborhood, it was a beehive of toddler hood. I was holding his hand and waited on the sidewalk as Daughter and our friend’s kids went up to the first house. Son could barely talk, but he sure let it be known that he had observed what went on at the front door. He grunted and grumbled to see inside the kids pumpkin buckets. When he figured out that they were partaking of give-away stuff, he pulled and pulled on my arm until I walked him up to the next door. That was the beginning of his professional status at trick or treating. Everyone thought the baby tiger was too too cute and gave him twice as much as the other kids. But half way around the block he figured out how to unwrap a piece of candy and that was the end. Afterwards, he wanted to sit in the middle of the sidewalk and eat his whole loot. My friend had to take all the kids around so I could haul his little butt home and check his candy before he scarfed down a razor blade or an LSD tab.

Halloween 2006
My children are 17 and 14 and they have made plans to go out with some friends. Son is actually trick or treating in a friendly neighborhood that lets the teens keep up the good work. His professional status is still intact. Daughter is in a play and after rehearsals they are having a party. My husband has to work. I have the night to myself, but I’m being a Halloween Homebody and have decided I don’t want to answer the door and give away candy by myself. So I turn the porch light off and all the downstairs lights too. I go upstairs and treat myself to an aromatherapy bath with candles. As leave the bath I pause to look at myself in the candlelit mirror and contemplate the effects of the last few months. I’m still officially bald, but the first soft down of baby soft fuzz can be felt more than seen. My radiation treatments, finished just two weeks before, have left a thickening of red welts under my left arm. But it’s not as bad as they said it would be. The aloe must have really helped. My scars are still fairly new and jagged and my skin still has the sallowness of all that chemo. But I made it. I’m done with the treatments and have returned to work. I walk to the upstairs window and peek through the blinds to see the families on the sidewalks with their ballerinas and spidermen. I don’t feel the least bit sad to be by myself. I had insisted my kids not stay home for me; I want to make up for all those days and nights they had hung out with me in my room the previous summer. I curl up in bed with a book, grateful that the worst is over. Happy that life is moving forward and back to normal.

Update 2011
In March of this year I made my five year mark as a survivor. Yea. This is huge and I am so grateful to be here.

Looking back at this older post I cannot but help notice how it ended, "happy that life is moving forward and back to normal."

After nearly two unbloggable years, with life events I found much more challenging than even cancer itself, I am flabbergasted at my naivete.

I have no idea what I will be doing this year for Halloween. I do know I will dress up as something so my homeroom students get the extra spirit point. Other than that, I am still grateful to be here, more so with each passing day. Taking the good with the bad and one day at a time.

For more spins on Halloween, head on over to Jen at Sprite's Keeper. She puts the list up on Friday.
Posted by Pseudo at 2:30 PM

life keeps moving forward...and take the good with the bad...and post a pic of whatever you end up being for halloween...smiles.

I'm grateful you're here too. Perhaps you should dress up as something cheerful, like a banana, or a border collie!

Hope you get a break from challenging for a little while.

And some mini snickers.

I remember this from the first time.

I have no idea what I'll do for Halloween this year.

Fact is, you're still here and planning what to be for Halloween, so nothing's killed you yet, right? I'm at the point of thinking that all the bad times are reminders to enjoy the good times to their fullest.

Congrats on your five year mark and hopefully many more 5 year marks. All you can do is keeping putting one foot in front of the other and keep going. I hope whatever is worse than cancer is gone soon. HUGS to you.

Five years - I know there is relief that goes along with that! Hope the coming year brings peace. And chocolate.

congrats on the five years and wishing you many many more.
Have the best spirits on Halloween.

Oh my, this got to me. I am so so so so glad you are still here. If that means having to face life's challenges, I know you are one tough lady.

Hello,
I have a question about your blog. Please email me!
Thanks,
David

Please do post pictures if you decide to dress up for your class - how fun! :)

Halloween - Then and Now

I just love your posts. I truly do.

Sending huge hugs your way, for Halloween and beyond...

I hope you had a fabulous Halloween, regardless of what you ended up doing!
And congrats on the 5...

shrink on the couch said...

Even more challenging than cancer... whoah. You've obviously had more than your share. I admire that through it all you've got "grattitude."

Taking the good with the bad always reminds me of the theme from that old 80's sitcom, the facts of life. It'll be in my head all night.

Hope you got a bagful of sweetness this Halloween.

I'd love to know what you ended up dressing up as! I had to work, and I didn't dress up.