Bits from the North Shore: RTT

I’ve been enjoying reading Tuesdays’ Random Posts around the internets. So, finally, today I am giving it go…

I went up to our favorite beach on the North Shore yesterday with Hubs, Daughter, and Border Collie. The Boy opted for hanging out with his friends. Big surprise.

First thing I did was take my beach walk with BC. While walking down the pristine, near empty stretches of white sand, 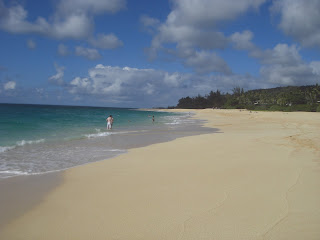 BC decided to both surprise and embarrass me when he raced ahead, paused two feet in front of two women lying on the beach, and pooped right there and then. Granted, I clean up after him, but still…

On the way back, he did the same thing a foot away from a young couple.

The couple was nicer about it. 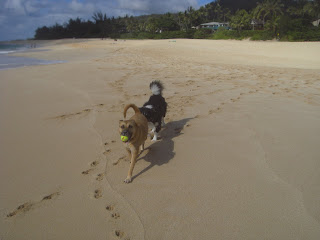 I really need to work on BC’s manners.

After snorkeling, I’m getting all comfy in my beach chair and getting ready to read my book. Hubs asked me where I packed his I-shuffle. I informed him it was in the front zip pouch of the beach bag. Since he was getting his (and mine was right there next to it) I extended my hand, palm up, for him to pass me my I-shuffle.

Hubs looked at my hand and said, “What?”

To which he surprised me with this response, “Follow the man rules and ask out loud for what you want. We men don’t read minds, as much as you women think we should.”

What the fuck has he been watching?

We almost lost BC to the horizon. He likes to swim in and check on me when I’m snorkeling. But he wasn’t keeping tab so good. He swam out to a lady on a boogey board, and when he realized it wasn’t me, he just kept going, on and out towards the horizon. Hubs had to call him back.

I happened to look up from where I was to see my dog swimming about 20 yards out. Later, on the beach, Hubs told me my dog almost swam to my homeland – California.

Daughter rolled her eyes and informed her dad that since we were on the North Shore, BC was heading toward Alaska. 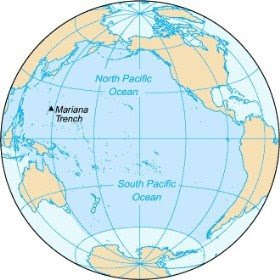 We stopped in Hali’ewa for Mexican food at Cholo’s where you can sit outside with the dog. Our table faced some shrubbery and a crew of kamikaze sparrows were focused on our chips sans salsa.

Twice they tried to dive onto the table and steal a chip. 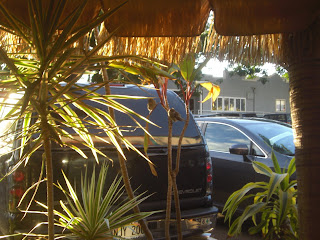 I was more worried about the cocktails. 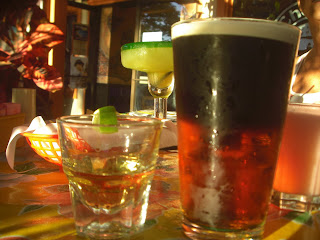 Birds really freak out Daughter and so she asked her father to get rid of them.

Instead, he did this.

For more Random Tuesday Posts, head on over to The Unmom.

Dogs are just really bad at social situations lol. Mine really enjoys licking people's crotches. Really awkward for me when I'm having a conversation with them and Kiki starts licking away. Drives me nuts.

Your pictures and stories are amazing! I'm glad doggy came back. And Man Rules? Really?? ;)

My heart just beat out of my rib cage reading about BC's incredible almost journey. But things settled down once I saw the cocktails. Yum!

I love random Tuesday! Man Rules? Other half would be all over that.

Love those photos and the video, and I think this post would qualify as a daycation post for your Thursday thing...

I would think that pooping next to people trick might come in handy someday. Want a nice wide area to relax on the beach? Tell him to go poop on someone's blanket.. that'll get them to move.

Ok, Hubs needs to guest blog and fill us in on the "Man Rules". Curiosity is overwhelming.

Glad puppy came back. LG loves dogs, and met one the other day that was just in love with his diaper. He thought it was hysterical. Kid knows no shame...

If I was a dog I too would poop in front of sunbathers. Actually, I would...

I can't believe you can just casually throw in there... I went snorkeling, on an almost secluded pristine white beach....that is my dream vacation right there. I love snorkeling.

And swimming with dogs. That is so awesome that they're allowed on the beach! My family has a place in Ocean City, MD, and our dog is banned from there from May to October. Wah.

And that video? I would scream like your daughter - get 'em away! Eww! But outdoor dining...ahh, that's the life! Fabulously fun post!

I just thought I'd let you know over here that I left a response for you over at my blog in the comments. It explains what happened, since it's something that I bring up often.

"Man Rules" he must have been watching The Bachleorette last night on the sly. One of the contestants was talking about that a lot.

"“Follow the man rules and ask out loud for what you want. We men don’t read minds, as much as you women think we should.”

What the fuck has he been watching?

Oh BC. What a goofy dog. He sounds great!

damn i should have convinced the husband to take a trip to hawaii this summer- beautiful pics. and am i to think that the dog didn't make it to alaska?

Daughter,I completely understand. Birds freak me out too.
You would think after so many years together, men WOULD be able to read our minds by now, right?

Man rules? Did someone forget to send the memo? Probably a man.

I keep saying it "Birds = rats with wings" I'm with the daughter on this one.

Love the beach photos. What a lovely way to spend the day.

Glad BC made it back to shore safely. And if you gotta go, you gotta go no matter where you are.

lovely photos I am a lil jealous though I will be honest! Wish we had the water like that and beach like that...hell I just need to live there period!

I am both laughing my ass of and am extremely jealous of you at the same time lol.

Since your husband has imposed the man rule of asking out loud for what you want, I think you should follow the rule regularly and with gusto. He'll be sorry he ever brought it up.

If you can teach a dog manners, and especially when and where to poop, please enlighten me!! My dog is rude to people AND other dogs.

Love your random thoughts!
Men! Maybe he was trying to be instructive; isn't that a MAN thing??

Your photos are always so beautiful!

You are killing me with all of this island life photography! I need a ticket to Hawaii! Aren't you a demanding thing?! Hand me my stuff! You need to get educated on our rules!!! LMAO!

My dog is quite shy...even at the beach he simply must find some tall grass to lay go poo in!

The poor doggy was just leaving a little gift to say hello to them. Marking the territory!!! The pooch feels the beach is all his! And just his.

LOL, that's exactly what my husband would have done! The color of the water on the North Shore is exquisite.

Once again, I LOVE the pics. Especially the pic of the beer. That looks waaay yummy!

PS your doggie just wanted someone to acknowledge that he pottied outside. Kernel used to be so proud when he'd go potty outside. He demanded congrats.

The main reason I never take a dog to the beach! the video is blocked at work (how rude!), will be back later to take a peek.

Poor pup wups, he really was having a bad day. Pooped in the wrong place, swam to the wrong person. No wonder he headed toward Alaska.

Sounds like Hubs has been watching the beer commercials.

I love it that your daughter corrected his sense of direction. Sounds like my kids.

What is it about dogs that makes them need to poop right in front of people? Do they have some sort of doggy "Look what I can do!" gene?

I'm so glad BC didn't make it to Juneau.

Those BCs love to swim! How sweet that he 'checks' on you!!!

I can't decide which is funnier...man rules or BC's inappropriate proximity of pooping next to beach dwellers.

Man Rules? You'll definitely have to find out more so we can all be enlightened... ;)

BC was 'gifting' those people, really! ;)

Oh, forgot to mention - I laughed when I saw what your hubby was doing...it's something I would have done, too, just to annoy the Princess Nagger! ;)

My dog only wants to crap directly in front of someone's house, never in the empty fields.

My oldest hates birds too. She'd be freaking!

Thank you for visiting my blog and commenting.
Erica