Happy Birthday Daughter! CANNOT believe you are 21. You are such a better person than I was at that age. Love you so much. 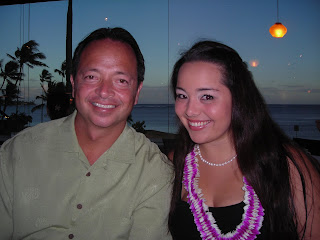 Although you are a better person than I was, not sure if you are any smarter. Wasn't I surprised two days ago to come out and see you digging into the toaster for your mini croissant...with a knife... and the toaster plugged in.

After admonishing you about electrocution, I later found myself in the same predicament. Damn effing mini croissants that get stuck in the bowels of electronics. I almost forged ahead without unplugging the toaster; and then realized I did not want my eulogy to be how I died a symbol of irony.

Some of you know how we moved a few months ago. We rented the house we own and rented a house in town, closer to "stuff."

The house we rented. Well, there is no delicate way to put this. But the master bedroom closet, which I took because it is bigger - IT SMELLS LIKE BO. Man's BO at that. Quite strong. It comes out when the closet is shut and it has been warm all day. It's disgusting.

At first I thought it was me. Had I, in my frugality, foregone washing a shirt or dress after one wear? When I should not have. Even my husband, walking by the open closet, mentioned the smell.

After sticking my nose in every single article of clothing, I came to the conclusion that the smell was already in there. So this week , it became a three day project. I took EVERYTHING out.

Washed all the clothes.

Put two bowls of vinegar and two boxes of baking soda in there. Put on a fan and let the closet air out for two days while my clothes were hung over the backs of the couches n the living room.

It's all put back together, with an air freshener. I'm on alert though.

My son showed me this.

If you are not pressed for time, this one's fun too.

For more Random, head on over to the Unmom's.
Posted by Pseudo at 5:31 PM

Such a sweet doggie.

Your daughter is sooooo gorgeous. Also, you don't look old enough to have a 21 year old. xoxo

Hope you're having a good week and all is smelling ok.

Your daughter is beautiful! And happy birthday to her!

Also, I understand the predicament with the toaster. I eat mini bagels and they seem to be destined to stay in the toaster!

happy birthday to your daughter...very pretty...yep, glad you unplugged the toaster b/c if you survived you never would have heard the end of it...ew, on the BO...

Happy birthday to your daughter!! (From the pictures I've seen, she looks quite a bit like you. Facial structure and expression. ^_^)

Also, LOL: "Damn effing mini croissants that get stuck in the bowels of electronics."

Your daughter is beautiful! Happy Birthday to her!

Is that your hubby? Handsome fellow too!

Your daughter is lovely!

Glad you didn't die as a symbol of irony!

B.O.? That is so grody. I hope the smell is gone for good!

what a cute dog. I hear Charcoal will take the smell of anything out of anything!!

Oh those toasters! Good solution to get rid of BO. How did it soak in the paint and carpets? First time I ever heard of such.

Happy Birthday to your gorgeous girl.

Hope the phantom B.O. doesn't return. We had cat people in our house before we moved in...also 40 year old shag carpeting. I still catch whiffs of the weird odor mixture when I open my bathroom cabinets.

My daughter loved the dog videos.

Happy 21st to your baby girl!

We use the toaster oven for smaller things like mini bagels and we use the larger toaster for big pieces of bread. Your daughter is lovely, be sure to wish her a wonderful birthday from us. You did a great job cleaning out the closet. Hope it is permanently now your smell and not what was there before.

Your daughter is beautiful!

And how is it that the woman can get a husky to say, "I love you", but I can't get my two year old to say it? Damn. Grumble, grumble.

I didn't realize that BO could embed itself in the walls like that! YIKES!

Happy birthday to your daughter!

If your efforts at removing the BO smell from your closet don't work, you might want to try repainting it with that paint they have out now with the Arm & Hammer stuff in the paint. It supposedly absorbs odors. I don't know how well it works, but it's worth a shot!

Hope you got that croissant out without toasting yourself!

Happy birthday to your beautiful daughter. She's exactly one year older than my younger son. June 29th was a good day for both of us, eh? :)

That dog is hilarious.

Your daughter is so beautiful!

True story: My dad's girlfriend (before my mom) died from electrocution after sticking a knife in a toaster. SERIOUSLY! It was a few years after he had married my mom. Needless to say, we all grew up hearing that story and I always unplug the toaster before prying food out of it!

Happy b-day to your beautiful daughter. Twenty-one is such a big age in a person'a life. Lots of fabulous things ahead of her, I'm sure.

Yeah, I've ventured toward the toast in a "live" appliance. Gotta be a little ditty to help you remember, like Unplug, don't lose your mug. Or something.

Having come close to "death by irony" several times, I do relate.
Hope the closet is inhabitable now...

Happy belated birthday to your beautiful girl! Are you SURE that BO isn't yours? Positive? Eww.

Such a pretty girl, hope she makes it to another birthday! Thank goodness you checked in on her!

We had a car that was like your closet. No matter what we did, the smell just wouldn't go away. Good luck with that!

Gotta love that husky!
Your daughter is so beautiful! Happy birthday to both of you. And kudos to you for being so good with the closet. What a chore!

Happy birthday to your gorgeous daughter! That's weird about the BO smell, is there carpeting in the closet? Maybe it's in that? Bizarre! Happy 4th! :)

happy birhtday to your beautiful daughter! and happy 4th to you!

Wow! Your daughter is gorgeous--and I see you smiling out of that lovely face too.

What a beauty your daughter is! Happy Birthday to her.

And the BO closet? Ewwwwwwww.

Okay, I watched both of those. How sad is that? Enjoyed them.

Your daughter, most beautiful. Such changes for your family. I hope for good things for you.

Your daughter, as others have already said, is beautiful!

I really hope your de-funking of the closet works!
I used to share a house with a woman who bought an old dresser for her clothes and and one of the drawers turned out to reek of cat pee--it was so strong in the hot, humid months that you could smell it when you walked in her room.