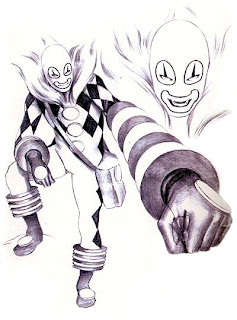 Is it the flu? Or food poisoning? Or the flu?

My rambling thoughts Tuesday night as I lay curled up on the wonderful bathmat. With a blanket and pillow of course.

I was drifting in and out of sleep when I heard the distinct sound of my husband, home from work. His voice was filled with anxiety and his tone was irritated; he was punching each syllable for emphasis.

I knew where this was going. He had the same thing happen to him last week and I got the whole story then. According to my husband, cheese ruins a good burger. There is a delicate balance of taste in the pickle, the onion, the burger, the bun, the sauce that is absolutely ruined by a slice of melted cheese.

He wasn’t sure if the girl had just made a mistake or if she had actually up sold him on purpose.

I had told him that the last time I went through a drive through fast food joint I had ordered a meal and the price the girl tried to get off me at the window did not match the one on the menu board so I had questioned her and found out she “accidently” larged up my meal. I had already counted out the exact change for my meal and when she asked if I still wanted the regular size or to go ahead with the big version I put on my huffy voice and waited for a fresh, regular sized meal.

My theory is that the fast food workers are told to push the up sale, but being the minimum wage workers, often with language challenges, that they are, some of them just up sale you without asking. And most people don’t notice…

Tuesday night, my husband did not notice he was charged a couple dollars more than he should have been until he got home, bit into his burger, and discovered to his horror that it was ruined, AGAIN. SECOND TIME IN A WEEK, with a slice of melted American cheese.

I ambled my weak and flu ravaged self downstairs to see the show in person. I figured my daughter, usually on the computer late at night doing college work (social internet surfing) was his hostage audience.

But he was on the phone. Sitting next to our daughter in the office. Daughter looked amused.

He hung up, after getting the name of the manager and letting her know he was reporting this offense to the national Jack in the Crack authorities.

Daughter smiled at me. Well aware how to trigger a complete story from her daddy she winks at me and says

And off he went again. The story always begins with the balance of taste and the importance of the pickle.

So. Is it a conspiracy? Anyone else supersized without permission?

The Spin Cycle this week is a free spin, for more free spins, head on over to Sprite's Keeper.
Posted by Pseudo at 8:52 AM

First, I hope you feel better. And second, I've had the fast food workers jack up the price for their own good. Just imagine, if you keep an extra dollar from every customer.... Well, you'd come out pretty good.

But like you, I know the price ahead of time. The scam doesn't work so well then.

Even though we rarely eat out, we have had this happen and thankfully we caught it. The story of your husband is humorous though. I'm glad he called them out on it.

I hope you feel better soon. Is it the stomach flu or is it an upper respitory flu? I have been sick all week with an upper respitory flu that has been kicking my butt until today in which I am feeling a smidgen better. I don't get sick often but when I do it always kicks my butt. I have been reminded this week of how hard it is to take care of little ones when you can hardly lift your head...ugh.

In the words of the immortal Joe Pesci: They fuck you at the drive through.

Although I cannot agree with your husband about the cheese. A Jumbo Jack without cheese is like a smooch without a squeeze.

LOL! I've never been up-sized without permission, so maybe it's a regional thing? Or a Jack in the Box thing, b/c I don't eat there.

But I love the conspiratorial wink you daughter gave. Too cute.

I have the stomach flu. I haven't had this for at least ten years. It's kicked my butt all week.

And Jan - I am with you. Cheese makes almost everything taste better, according to moi.

I am SOOOOOOOOOOO with your hubby on this one. Melted American cheese just RUINS a hamburger.

LOL...I was unaware of the balance between all things hamburger! I personally love cheese...on anything really!

I'll bet that if you don't specify a size, they're told to punch in at the least, a medium. I doubt the small size will ever be their default. Oh yes....it's a conspiracy.

I have never been unknowingly "super-sized" but I am CONSTANTLY getting sugar put in my coffee, although I only ask for cream. I hate sugar in my coffee. Or my iced tea. And I agree with the cheese on the burger - hate it. But that's only from fast-food joints, where I've had rancid cheese more than once.

I don't do fast food places usually. But *Jack in the Crack* really had me laughing. I'm glad your hubbie called.

I think our husbands are related.

The manager will probably give him a free meal or two. Over here there are a lot of language barrier problems when ordering. The other day I ordered thai food and the order came out completely different because of communication problems.

Yeah, it's happened once or twice before, but if they otherwise get my order right, I'm pretty happy with that. You can only bitch to people so much (not that I would ever dare do such a thing), before you just throw up your hands and say, "WTF." Just gimme the food.

But it is heartening to know that if you DO decide to get all up in some little order person's face, her manager will likely give you a freebie. There is hope for your hubby.

Jack IS crack. So whack.
Our local Dunkin Donuts tries to "keep the change" all the time. I haven't ordered a fast food meal in a long time so I haven't heard about the upsizing on the sly, but now I WILL watch for it! You're linked and I hope you feel better soon!

I'm a mayo and ketchup only girl myself. And that picture at the beginning of the post scared the bejeezus out of me.

And sorry I forgot to mention before, but hope you get well soon. I'm surprised laying on the floor sick as you were you didn't tell your husband maybe not the time for the Jumbo Jack story?

You just can't find a good fast food worker who has pride in their job anymore! That would bother me too.

Guilty, guilty, guilty. I work in hospitality. We sell chips. They can be bought without sauce or for an extra 50c with sauce. So often when they are sold without sauce someone will come back with "the wife wanted sauce after all," that often now I will just sell them with sauce without even asking. Not once have I been pulled up. But how often I have, when I didn't add the sauce.

I've always believed that cheese is central in all good conspiracy theories.

I've never heard anyone so passionate about their cheese (or rather, the lack thereof). I'm sure he's right---it is a conspiracy! Chic-fil-a would never do something so low.

When I was in college I never ordered a "value meal" - always just a sandwich and a water. (every college girl knows that fries go straight to your butt and soda is just evil) I actually got into an argument with the drive-thru lady about why I only wanted a sandwich and a water when a value meal would have been cheaper. We went back and forth a few times until I finally yelled at her to "just make it like I asked for it!!!" and I drove around to find the drive thru girl was a girl I had gone to high school with.....so embarrassing.

Are you married to my husband? Well, of course not. But he also thinks American cheese ruins a burger. I much prefer real cheese instead of cheese food but can take it or leave it either way. Not MHS. He goes into the whole tirade like your husband when they eff him in the drive-thru.

Oh yeah, they pull that crap all the time at McDonalds. Not that I would know since I'm the HASAY queen and don't go to McD's anymore. Ha.

Hmmmmm. You mean, last week at Burger King, when it took them three attempts at the window to ring up 3 mini burgers, 2 kid's meals and a whopper with cheese combo, and each time got a different price that they were pulling a fast one? That is very disheartening. I just thought they were stupid.

So sorry about the stomach flu which I personally think is the worst kind of flu to have! Yuk!

Yep, have also had fast foodies upsize without permission and it annoys the hell out of me. What also annoys me is to have to pull up and wait because the fries or whatever isn't ready. I thought this was a fast food place!

Keep warm, try to get well.

First, I'm so sorry you have the yucks. That kind of flu is the absolute worst. Ugh.

Secondly, your husband takes his burgers wayyyyy too seriously. I mean, yeah he should have it the way he wants it and its very frustrating to find out after you've gotten all the way home that something's wrong (our Taco Bell leaves out my cinnamon twists on a regular basis) but man! A delicate balance between the pickle and the burger? Woah. I think he needs to go to one of those meetings: "Hi, my name is Pseudo's Husband, and I am a burger maniac." "Hi Pseudo's Husband."

Dude. Step away from the burger.

see, fast food really is bad for you, at least mentally....

And sometimes they supersize your price without giving you the goods...patent ripoff, I'd say. The question, though, remains...did Jack in the Crack give you the rumbling in the tummy? BTW, don't forget to tune into tomorrow's Sx3. This seasonal salute even involves a REAL prize!

In all fairness, American cheese does tend to be a little overpowering. ;) Hope Jack in the Box was able to rectify the glaring injustice of it all. And that you feel somewhat better too.