If you missed yesterday's post, you may want to start here. 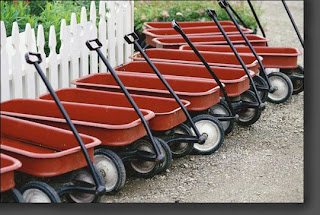 When my kids were toddlers, a red wagon was in my top five list of playthings they needed to have. I had fond memories of my own childhood red wagon. When we went to buy a wagon for our kids, I wanted to buy them exactly the same model I had enjoyed, but times had changed and the wagons were made of plastic instead of metal. This was before the heyday of online buying, and we settled for a model the toy store offered.

My children’s wagon lasted many years and served many purposes for them. The activity I remember most was them playing Wagon Train with all the neighbor kids. There is not much that says childhood than ten or more kids lining up the trikes, bikes, scooters, and the infamous wagon to play Wagon Train down the access alley. The first time they got this idea, the wagon had the pristine first position. Our dog, the one we call Old Man now, but back then was a strapping young fellow, always hung outside with the kids when they played. He was never leashed; he was like a babysitter to them. The kids would try and ride him, lead him, order him around. He played as if he went along with it, but there was no getting around that he was in charge more than they were. 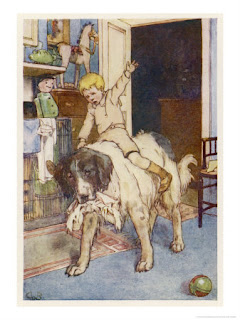 The first time the Wagon Train was good to go, the kids had tethered the dog to the lead and wanted him to pull the wagon and lead off the posse. I was sitting outside watching the fiasco, half reading a book.
Giddy up they yelled at him.
He played dumb and just turned his head to look at them. My son, riding a trike further down the line (having given the wagon riding spot to someone’s young sibling who was too little to ride in anything else) got off his trike and tried pulling our dog by the collar to get him started. 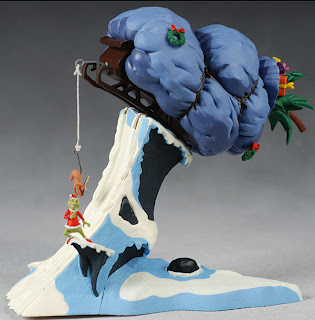 I raised an eyebrow.
You might hurt him, I admonished. Take that rope off of him and let him go.
After much argument from my then five year old son (a mere preview to his debating skills as a teenager) he finally unhooked the poor dog. He allowed another kid the spot on first trike and my son went ahead and pulled the wagon with toddler to get the ol’ western styled parade a goin’.
Old Man that was a Young Dog was sitting next to me with his head cocked to the side as he surveyed the action. As the Wagon Train kicked into high gear and all the vehicles were clunking along down the alley with yipees and whoopees singing out, the dog took off at a gallop. He ran alongside the Wagon Train and gracefully propelled himself into the back half of the wagon.
He spent the rest of the day getting pulled by the kids, who had to take turns as Wagon Train Leader (wagon puller). The dog never looked happier. 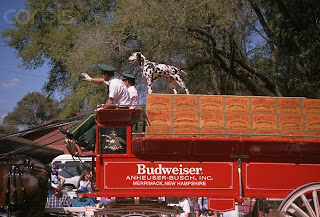 After that, every time the kids started lining up the trikes, bikes, scooters, and wagon for an afternoon of Wagon Train, the dog would claim his spot INSIDE the wagon. Sometimes lying down so he did not have to share the wagon with undeserving children.
The children came to accept this as the natural order of things.
I have thought about this sometimes over the years when my kids have out maneuvered me. When it seems I am doing more for them than they are doing for the family. 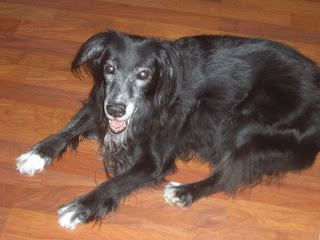 that is a beautiful story. Seriously, I love how the kids accepted that the dog came first and if he wanted to lie alone, that was okay with them.

I like this even better than part one (I'm not allergic to doggies LOL).

Re: Your kids out-maneuvering you - Have you tried claiming your place in the wagon?

I'm writing this from the comfort of my own red wagon, pulled effortlessly by my dog. He doesn't mind.

[Lovely story, reminds me of the go-kart days of my youth!]

My resolve to not get a family dog just yet is eroding fast.

Sounds like Old Man has had a great life.

I need to take some lessons from Old Man.

This takes me right back to elementary school - when my friends and I (a gang of four girls) would run rampant through our neighborhood on our ponies. We had so much fun, probably at the expense of our neighbors!

So sweet! I have an old dog now, too, and it kind of breaks my heart a little to think of those good old days with him!

My little one just got her first wagon. I love your dog so sweet.

That is one smart dog you have there. It's sad to say that today this most likely would never happen. Too many people think any dog bigger than a chihuahua is dangerous. Which is, of course, completely ridiculous.

Oh I love this, Pseudo. I especially love the last line.

Anything with dogs I love.

Old Man has definately earned a special place in your hearts. He's so very sweet and a true family friend. :)

I love all of your stories. What a great one this is with lessons to be learned!

I love red wagons too! Thank you for reminding me of the fun fond memories I have growing up with a red wagon. It is why my kids had a red wagon growing up and played the same wagon train game. Last summer we found an old red wagon in good shape for our little people. I look forward to nice weather so that we can use it even more. What a great story! And what a sweet dog!

I love this story!!!! Old Man had the right idea. What a sweetheart he is!

LOL what a cute and clever dog! Isn't it funny what animals can figure out?

The old man is a great and smart dog. I love this story.

I just came across your blog through Linda's blog("And Who cares")
It's SOO entertaining!
(Plus I am very envious that you live in Hawaii, my fav place on earth)
Adding you to my blog roll!
:)

Sorry it was "Crone and Bear it..." that I came across your blog from...